The Denver Winter Brew Fest was held on January 22, 2022 at Mile High Station. More than 40 craft breweries from across the state and a few from outside Colorado were on hand each day to pour their winter beers. 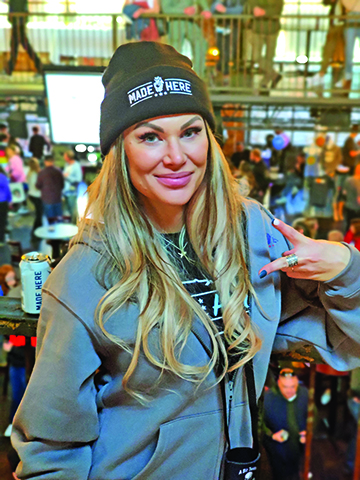 Made here: Amanda Kruczynski of Made Here Beer was present at the Winter Brew Fest on January 22, 2022.

The event featured live music from Journey Girls during the afternoon session and Stone Beat Invasion for the evening session. These groups added to the already festive atmosphere. Food trucks flanked the event, including Basic Kneads pizza which has been with the festival every winter and summer.

The first Denver Brew Fest by RightOn Productions was created in a parking lot near Coors Field. Since then, summer and winter festivals have become an annual tradition in Denver at Mile High Station and now the celebrations have expanded to Vail.

WeldWerks Brewing Company in Greeley had one of the most interesting and flavorful beers as they often do. They poured a Candy Cane White Chocolate Cheesecake Berliner which is a Berliner style sour beer brewed with white chocolate, candy canes, cheesecake, vanilla, milk sugar, graham crackers and with flavorings naturals added. 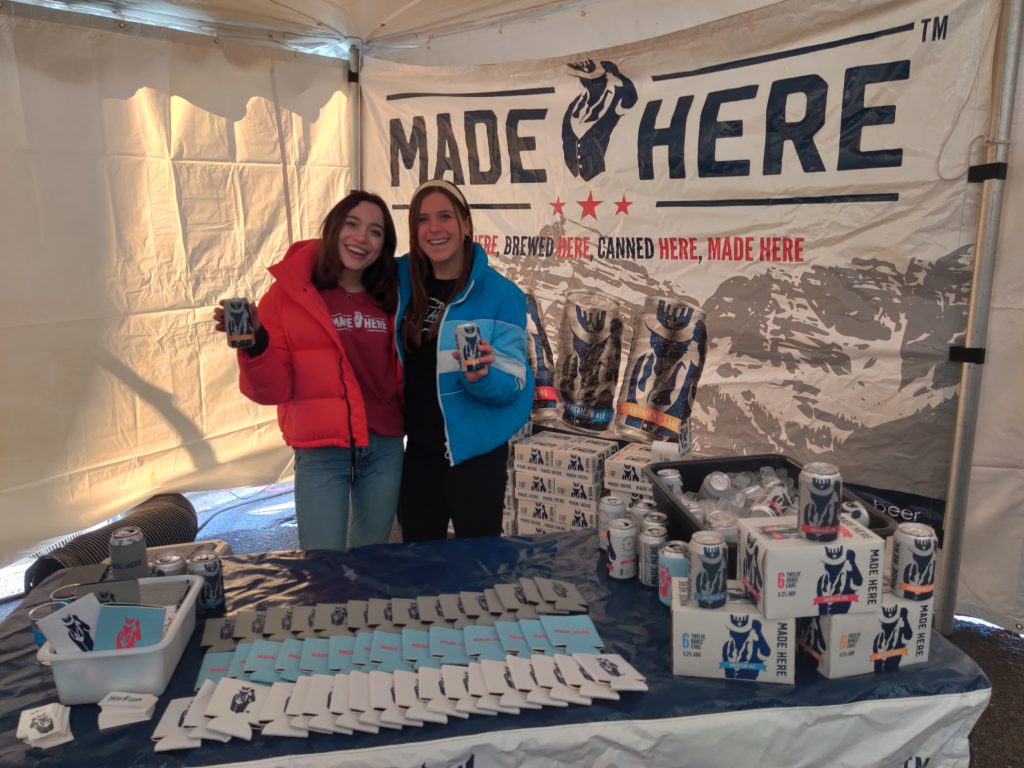 Impressive display: Made Here had one of the best displays of any brewery at the Winter Brew Fest.

A newcomer to the festival was Reverence Brewing Company which just opened last year at 17th and Franklin in City Park West. They served two standout beers, a Cherry Wheat and a Hazy IPA. The long lines upstairs told you everything you needed to know about these beers.

Made Here Beer was also there for the second time. They had their three beers: lager, American Ale, and IPA available, along with plenty of freebies for each attendee. Made Here is an American beer brewed in Colorado using 100% American ingredients.

The Summer and Winter Brew Fest held at Mile High Station has become an annual pilgrimage for many as it’s a great way to sample plenty of beer in a relaxed and festive atmosphere. “Mile High Station is a great venue and we’ve hosted both winter and summer festivals over the past year,” said Made Here Brand Manager Amanda Kruczynski. “It’s really well organized and staffed and we feel like it’s great exposure to the whole front area for us to showcase our beer.”

Proceeds from the event benefited Big Bones Canine Rescue. For more information on all the festivals, including the Summer Brew Fest coming July 23, 2022, visit www.brewfestevents.com.