Washburne’s Charter Holdings purchases the property with DuWest Realty of Dallas. The purchase price has not been disclosed.

Watters Creek, a 52-acre landscaped mixed-use property with a creek, was a $200 million project when it was built in 2008. The property was sold by PCCP, a group of California real estate investors.

The purchase includes 357,000 square feet of retail and restaurant space and 97,000 square feet of office space. The 342 apartments in the center, some of which are located above the single-storey shops, are not included in the sale. DuWest will take over leasing and management from Fort Worth-based Trademark Property Co, which also developed the property and had a partnership stake with PCCP.

Immediate changes will include new landscaping and discussions are already underway with potential stores and restaurants, Washburne said.

“I have a fondness for local restaurants and want to reorient mall fashion retail with more brands like Anthropologie and Sephora,” Washburne said. “The Kendra Scott store is doing very well there.”

Warby Parker plans to open a store there, according to planning documents filed with the state.

“I’m going to try to turn it into Knox Street North,” Washburne said.

“People don’t necessarily want to drive to Dallas,” he said, but they want more “a local touch, with unique local restaurants that create more ambience.”

Knox Street has become a shopping and dining destination in recent years, attracting new retail concepts while longtime owners, including the family that own Weir’s Furniture and RH Gallery, have built new stores and restaurants .

More than 20 miles to the north, Watters Creek is well established as “the dominant shopping and dining center in the North Central Commercial District,” said Terry Montesi, CEO of Trademark. “When we opened in 2008 we had a lot of competition from the village of Fairview and over time Watters Creek emerged as the winner. With the momentum it has and the care it will receive, it will only be strengthened.

Sales and traffic this year are up significantly from 2019 and 2021 and with ongoing leases, it’s a good time to buy Watters Creek, Montesi said. The timing is also good for sellers, as the value of solid commercial properties has only increased in the past year, he said.

Watters Creek is on the west side of US 75 at Bethany Lane in Allen and has an upscale vibe in an area that has become a shopping destination for rapidly growing northern suburbs in Collin and Denton counties. The mall is at the south end of a 3.5 mile stretch to the intersection of US 75 and Stacy Road. This intersection has Allen Premium Outlets on the west side and the large box-anchored village of Fairview and the village of Allen straddling Stacy on the east. 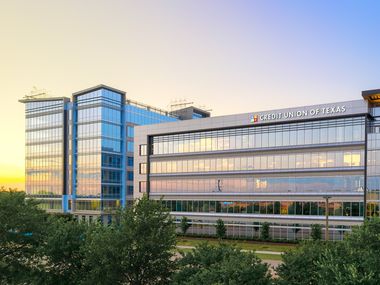 “He’s someone who lives in the area and doesn’t just own an asset,” Bowman said. “Watters Creek is our first mixed-use development…serves as a town center where our community comes together.”

The city has invested in the neighborhood. The development north of the mall includes the $91 million, 90,000 square foot Allen Convention Center and a 300-room Marriott hotel that opened in 2019.

Over the past three years, 600,000 square feet of office space and 2,000 apartments have been built in the Watters Creek neighborhood, Washburn said. He knows firsthand how population growth, especially the daytime population of office tenants, has strengthened Watters Creek.

The mall is anchored by a Market Street grocery store facing Bethany Lane. He only has another big box store, a Michaels Arts & Crafts store. The rest of the property is made up of small shops on a street that winds around a park and connects to the city’s network of trails. Watters Creek has heavy night and weekend traffic and a growing population during the day, Bowman said.

Watters Creek has a dozen vacant retail spaces ranging from 700 to 8,500 square feet. According to Trademark rental documents, the property receives 3.2 million visitors a year.

“Watters Creek is far enough away to attract a lot of cool retailers that are located at Legacy West in Plano and NorthPark Center in Dallas,” he said. “Online retailers have realized that brick and mortar is important to them.”

The market has not built any new centers in recent years. Last year, Dallas-Fort Worth added just 640,000 square feet of new commercial construction, marking the first time that number has fallen below 1 million square feet since 1990, according to Weitzman’s annual commercial real estate report.

As retailers growing their businesses online settle on fewer stores in each market, Washburne believes Watters Creek is one of the few properties that will be “the last mile for many retailers.” He used Gap as an example: At one time there were more than 20 stores in Dallas-Fort Worth, and now he has half that.

Washburne and his family members purchased Highland Park Village for $170 million during the depths of the Great Recession in 2009. This center’s mix of tenants makes it one of the top luxury resorts in the United States.

Landscaping, walkways and parking were also one of the first changes he made to it.

“Come visit and walk Watters Creek in six months, and you’ll know what I’m talking about,” he said.

Update for Tuesday, April 12: Real estate investment trust CTO Realty Growth Inc. said Monday it had provided $30 million for the acquisition of Watters Creek under a three-year preferred stock deal. CTO also has an investment in Legacy’s stores in Plano. 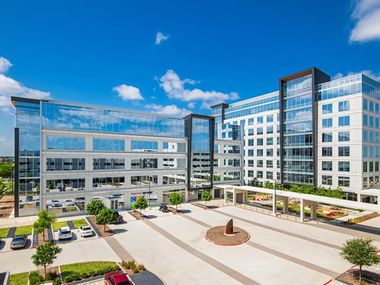 Looking for more retail coverage? Click here to read all news and retail updates. Click here to subscribe to D-FW Retail and other newsletters from The Dallas Morning News.